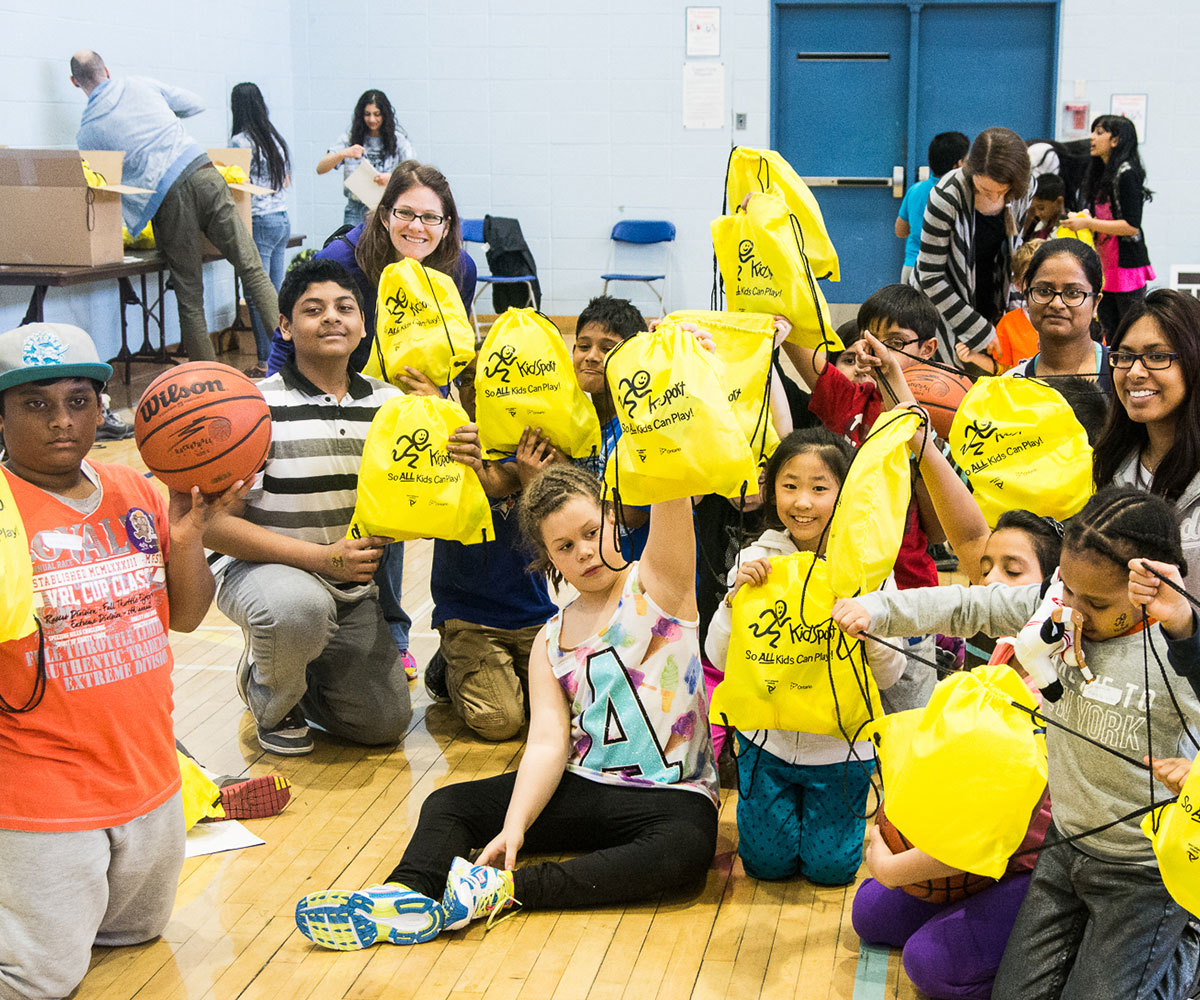 KidSport is a national not-for-profit organization that provides financial assistance for registration fees and equipment to kids aged 18 and under. Through a confidential application process, KidSport provides grants so they can play a season of sport. Nationally, KidSport is comprised of a network of 11 provincial/territorial KidSport chapters and 178 community KidSport chapters. Since its creation in 1993, over 530,000 kids across the country have been given the chance to play sport through KidSport grants and sport introduction programming.

KidSport Ontario has been a beneficiary of the Bay Street Hoops tournament for the past five years. Since assisting close to 125 under-resourced Toronto children back in 2011, the KidSport Grant Program has been able to provide at least twice that many kids with a season of sport each year with the support of the tournament. This has resulted in over 1,300 Toronto children and youth in need getting the chance to play the sport of their choice during that time. Although KidSport will provide financial assistance so a child may play any one of over 90 different sports, being a beneficiary of Bay Street Hoops’ has had a significant impact on the growth of the sport of basketball. The recent success of the Toronto Raptors, the Canada Basketball women’s and men’s national programs and the Canadian content in the NBA and NCAA seemingly has inspired more kids to want to play the game throughout the province. This has led to a significant increase in the number of basketball funding requests to KidSport, including the more than 280 grants to Toronto kids that have been given out in the last three (3) years alone. Bay Street Hoops’ support has been a critical part of us being able to meet some of the rising demand from kids who would not otherwise have the opportunity to play this great sport.